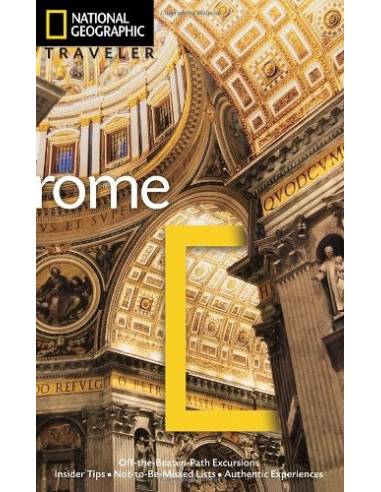 Starting with a detailed introduction to Rome's storied history and culture, the book then explores in-depth each of the city's regions, covering in detail every corner of town.

Sites covered include some of the world's greatest surviving ancient monuments, such as the Colosseum, the Pantheon, the Arch of Constantine, the Roman and Imperial Forums, and thirteen surviving Egyptian Obelisks. But many of Rome's treasures were built after the great republic and empire: the Trevi Fountain, famous worldwide for its beauty and its coin-tossing visitors; the fascinating church of San Clemente, erected by the Normans in the 12th century over the foundations of a fourth-century predecessor; and, the sublime ceiling of the Vatican Museums' Sistine Chapel, painted by the great Michelangelo in the 1500s. These, the many amazing archaeological and art museums that dot the city, and more are covered in lively detail. Special features and sidebars give comprehensive information on topics ranging from the Roman emperors to the importance of coffee and cafes to the city's residents.

Experiential sidebars abound, including culinary classes on exquisite Roman cuisine, Italian language classes, and achaeological digs that delve deep into the city's past. In addition, the book features six detailed guided walks into the nooks and crannies of some of the city's most fascinating districts. A thorough, updated Travelwise section provides recommendations for shopping, hotels, and restaurants in all price ranges and in all areas.