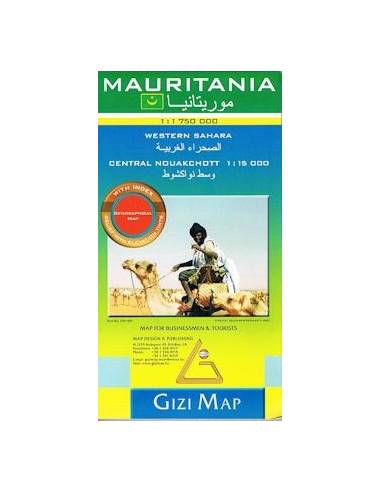 Mauritania and Western Sahara with excellent topographic information on an indexed map with a street plan of central Nouakchot. Vivid altitude colouring with graphics for deserts, flood plains and salt flats shows the terrain. Oases, water wells and numerous spot heights are marked and the map provides plenty of names of geographical features: peaks, mountain chains and rock outcrops, plains, etc.Road network shows distances on main roads and includes dirt tracks. The map also shows locations of local airfields and the route of the iron ore railway line from the mines at Zouérat to the coast. Symbols highlight various places of tourist interest including world heritage sites, forts and archaeological remains, national parks and protected areas, beaches, etc.Names of main towns and important geographical features are also given in Arabic. Internal administrative boundaries are shown with names of the provinces. The map had latitude and longitude lines at intervals of 1º. Map legend includes English. The index lists separately locations in Mauritania, Western Sahara, plus the adjoining regions of Mali and Senegal. Also included is a plan of central Nouakchott indicating main public buildings, hotels and various facilities.Please note: this title is also available as a wall map. 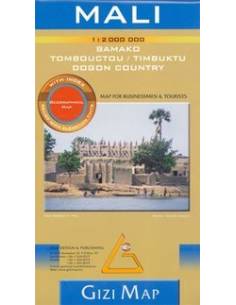 5763
5 950,00 Ft
DOGON COUNTRY, TIMBUKTU, BAMAKO Mali at 1:2,000,000 from Gizi Map with excellent presentation of the country’s topography, an enlargement for the Dogon Plateau, street plans of Bamako and Timbuktu, all showing places of interest, plus an extensive index.
Részletek 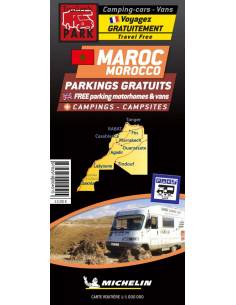 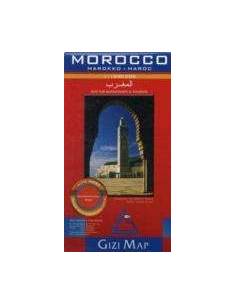 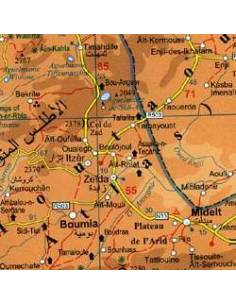 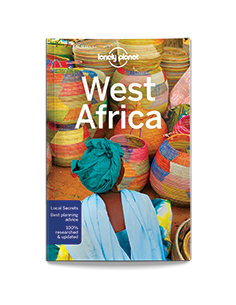 6925
10 305,00 Ft 11 450,00 Ft
West Africa has cachet and soul. Home to the African landscapes of our imaginations and inhabited by an astonishing diversity of traditional peoples, this is Africa as it once was. Lonely Planet will get you to the heart of West Africa, with amazing travel experiences and the best planning advice. Lonely Planet West Africa is your passport to the most...

2403
2 175,00 Ft 2 900,00 Ft
LE-RIF-ET-REGION-DE-MEKNES-FES, MAGAS-ATLAS-RÉGIÓ, CASABLANCA-RABAT-RÉGIÓ Updated regularly, MICHELIN National Map Morocco will give you an overall picture of your journey thanks to its clear and accurate mapping scale 1/1,000,000. Our map will help you easily plan your safe and enjoyable journey in Morocco thanks to a comprehensive key, a complete name...
Nagyításhoz érintsd meg (kattints)