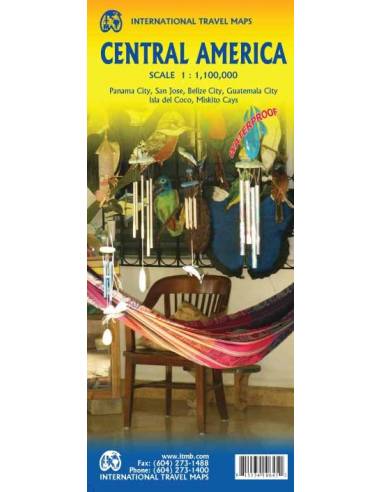 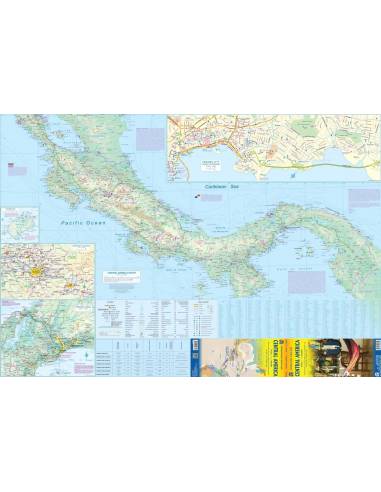 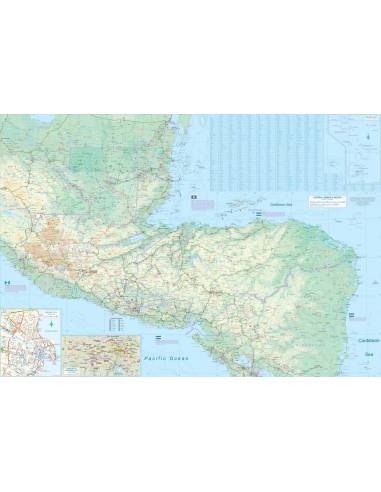 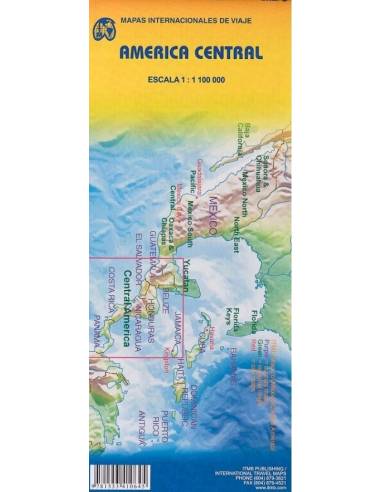 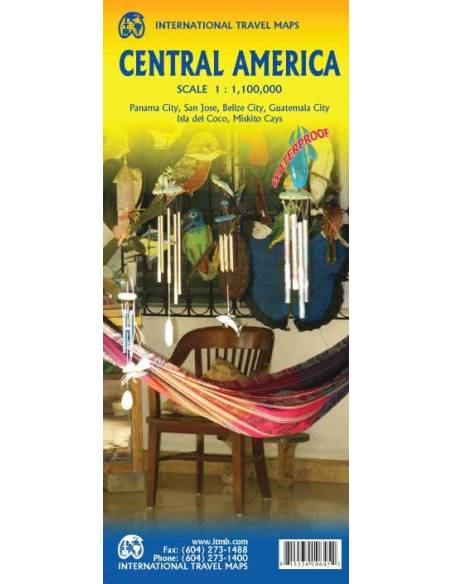 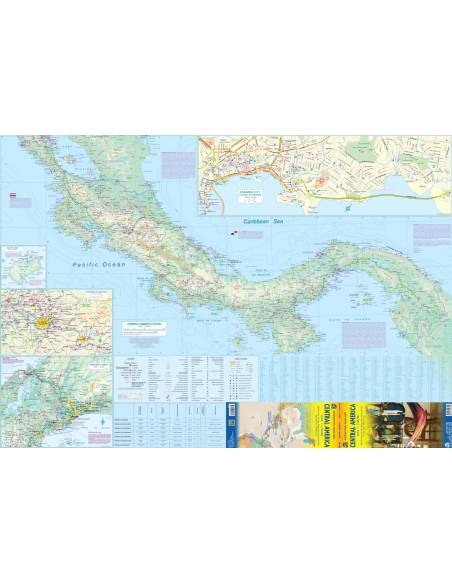 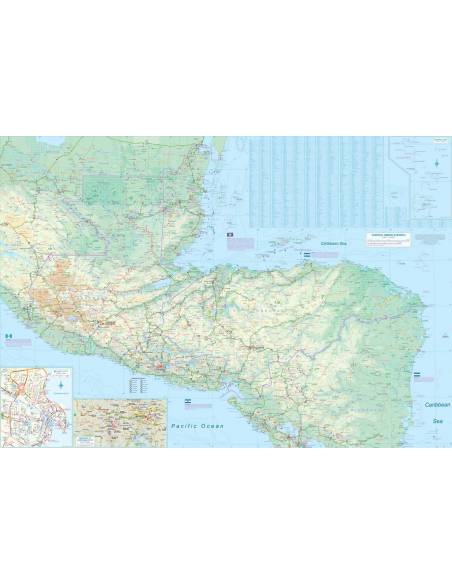 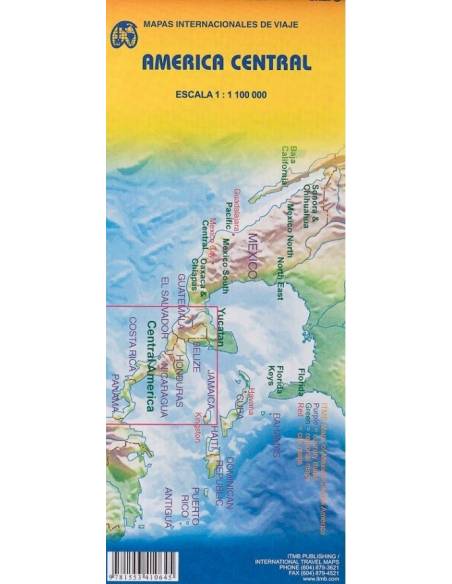 There are relatively few changes to this edition. At this scale, there would have to be a new canal across Nicaragua or some such mega-project to even show on the map. The map is double-sided, with one side concentrating on Guatemala, Belize, and Honduras, with inset maps of Belize City and the environs of Guatemala City, and the other side focusing on the more southerly countries of Central America. This side has inset maps of San Jose (Costa Rica), the Panama Canal area, and of Panama City itself. My only comment about the artwork is that we have received conflicting information as to whether or not the road south to Yaviza is paved yet or not, so we have chosen to show it as unpaved pending future clarification. We have driven this road, and it is a mudbath when wet. Yaviza is still the end of the Pan-American Highway North, which then continues from a point in Colombia south to Chile.